Why I Love Automation

A Love Letter to Automation

In media, Automation and Artificial Intelligence are often portrayed in a negative light. This mischaracterization can quickly make its way into the proverbial water cooler – “it’s taking our jobs”. To workers, it can be perceived as a threat. To management, it can be undervalued while looking through the myopic lens of overnight ROI. With the Great Resignation in full effect, workers are in a unique position to negotiate with historically high leverage. Meanwhile, management is struggling to attract and retain top talent. From my perspective, Automation is the missing piece here: the mediator.

More than ever before, workers are demanding meaningful roles and companies are bending in order to make good on that promise. I want to talk today about why workers often fear automation (and why they shouldn’t), as well as how AI-powered Automation plays into the current economics of today’s workplace – alleviating both sides of the Great Resignation woes and building a better future workplace for all of us.

The Great Resignation has been blowing up my feed lately, and the coverage seems warranted – nearly 47 million Americans quit their jobs in 2021. In the coming year, another 41% of workers are considering it. As it stands, for every unemployed person in America, there are 2-3 vacant job openings.

This has left many of us scratching our heads, but there are some answers amid the chaos. To understand the Great Resignation, you need to understand how people feel about their jobs.

What causes employee unhappiness? There are many reasons, but today I want to address three: 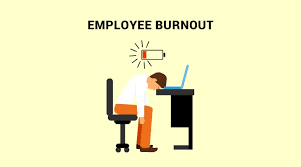 With the pandemic shifting us to remote work virtually overnight, workers unexpectedly began logging more hours. Some of this can be attributed to a lack of process understanding and the pressure of maintaining “optics”. The lack of process understanding makes sense as many of these processes were also stood up overnight. Unfortunately, some of them made life harder – not easier.

Having good processes in place that are visible and understood by your workers is imperative to burnout prevention. By shifting to a results-based work model versus a time-based “9 to 5” (or “5 to 9” in some unfortunate cases), you can help increase focus on performance and decrease the stress that comes with maintaining “optics.” 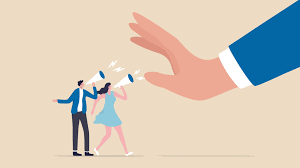 A lot of workers feel that they don’t have a voice within their organizations. When there is no outlet for those voices, resentment starts to build. I wholeheartedly believe that the best ideas come from within. Your workers have the best feel for how things are running. They live it. So why would you not involve them in the process improvement exercise?

If you’re not capturing their ideas and working to get them on the roadmap – it can be detrimental to their happiness. People need to feel in control of their positions, not the other way around. We’ve been using our Automation Compass tool to encourage workers at any level to contribute to the idea pipeline. Even just acknowledging that these ideas are being considered is sometimes enough to combat resentment before it begins.

Humans crave meaningful work. Period. Employees who engage in meaningful tasks are 3.2x more likely to be happy according to research conducted by Robert Half.

Using tools like Blueworks Live and IBM Process Mining, we can quickly determine which tasks are being performed, which are adding value, and which are not. We can then flag everything that is not adding value (i.e. not meaningful) as an Automation candidate and use our other tools (Business Automation Workflow, Robotic Process Automation, etc…) to remove the noise, allowing your workforce to focus on the remaining work – the meaningful work.

If you proactively invest in the happiness of your workers, their positions will become more desirable and they will be more likely to keep the seat occupied. Perhaps a good workplace parallel to “happy wife, happy life” might be “happy employee, happy company” – which is true. A study found that happy employees are up 20% more productive than unhappy ones. Happy salespeople outperform unhappy ones by nearly 37%. Even stock prices are affected – Fortune’s “100 Best Companies To Work For” saw stock prices rise 14% per year between 1998 and 2005, while companies not on the list were only averaging around 6%.

I talk to a lot of customers who are considering investing in Automation. These conversations often default to a conversation around ROI and, while we have tools to help justify these pursuits from a cost-saving perspective, there are more forces at play. There is this pain index that drives workers to work somewhere else. 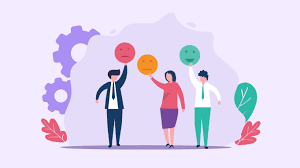 To reiterate, we need to focus on how our workers feel.

This is a common sentiment in the modern workplace. Hopeful, isn’t it? Not hopeful, but surprisingly not even true – many people are dying from it.

In Jeffrey Pfeffer’s book “Dying For a Paycheck”, his research suggests that simply hating your job accounted for up to 8% of annual health costs and was associated with 120,000 excessive deaths each year. A “toxic” workplace can cause mental health issues, sleep loss, severe headaches, stomach aches, muscle aches, lower libido, constant fatigue, in addition to just plain getting sick more often.

So next time you have a conversation about automating highly automatable tasks – there’s more to the story than ROI. You’re creating a workplace that attracts and retains talent, and maybe even saves lives.

The first “legal” job I ever had was at the Tulsa County Courthouse. “Legal” because it was the first time taxes were withheld …and “legal” because it was literally in a courthouse. I traded my under-the-table lawn gigs in for a rolling chair. As a bright-eyed 16-year-old, I was pretty excited to have an esteemed job in the Records Department – badging through security each day, making grown-up chit-chat with the security guards, eating bagels, all of it.

The job was data entry. Each day, I’d sit down at my desk and begin strengthening my neck muscles with the constant back and forth between paper and screen. Down left to the paper document, up right to the antiquated computer system where the data needed to land.

Don’t get me wrong – I loved the people I worked with, and it kept the lights on in my 2003 Ford Focus – but this type of work was a spirit killer.

Today, I frequently interact with people who have a similar disdain for what they do. Yet, I also encounter hesitation towards the prospect of Automation, often from the same exact people.

I want to take a few moments to dispel some misconceptions.

The main criticism of Automation is that it replaces humans. So, does it?

According to Landon Spring with RK Logistics, responding to recent Automation investments:

“It wasn’t about trying to replace people. It was about using the employees that we have for the tasks that they are good at, and are interesting, and that they want to be doing… we have not laid off one person because of [Automation] and in fact, because it’s made us even more competitive, we’ve only been hiring”

This seems to be true in most cases. As AI-powered Automation is properly implemented across the enterprise, it makes every single one of us more efficient and effective. In short, Automation gives us superpowers, and it gives our companies the ability to reinvest in us.

It’s also worth noting that doing nothing isn’t an option. Companies that do nothing will eventually, and inevitably, find themselves in a position where they can no longer compete.

“When you stop growing, you start dying” – William S. Burroughs

A company that ceases to exist employees nobody. That is a more rational job loss fear.

And sure, there will sometimes be casualties – most of which cannot be foreseen. This is the result of unpredictable technological advances and changing business landscapes. But there isn’t a direct correlation between job loss and Automation. In fact, it is often even less obvious than you might think. For example:

When the ATM was first introduced in the late 1960s, there was widespread panic amongst bank tellers. These devices were taking their jobs! But these actions had an adverse outcome. By leaning into this technology, banks were able to lower their branch overhead requiring fewer tellers to successfully operate any given branch; however, it also enabled them to open up way more branches. As a result, the number of tellers in the U.S. doubled from under 300,000 in 1970 to around 600,000 in 2010. This amid many other disruptive technological changes like mobile banking, eDeposits, etc…

The takeaway there is that the future of any job is completely unforeseeable. Some jobs don’t exist now that did decades ago – probably not a good time to get into the business of operating switchboards, cutting ice, or setting up bowling pins for instance. On the flip side, some jobs exist now that we couldn’t even fathom decades ago (try explaining “Social Media Marketing” to your grandparents).

Thus, as an employee, the best way to keep your job is to simply grow with it, using the time Automation gives you back to retrain, diversify your skillset, and work on more meaningful tasks. Embrace Automation, don’t resist it.

And here’s the silver lining – Automation lowers the barriers to entry for almost any job. So, while retraining and reskilling might be necessary to stay competitive, jobs are getting easier across the board to pick up and run with.

“When you stop growing, you start dying” – William S. Burroughs

Equally as applicable to the company as it is to the ones who work there.

To further ease anxiety, it should be noted that in a World Economic Forum article by James Hewitt (no relation to our own Jimmy Hewitt, host of Salient’s Bots and Thoughts: THE Hyperautomation Podcast), he claims less than 5% of occupations are 100% automatable. He does mention however that 30% of the work involved in most jobs could be automated… and it’s probably the 30% you hate (like manually entering records in the courthouse).

There are some things that humans are just much better at than machines: solving complex problems, handling unique one-off situations, building relationships, being creative, etc…

Automation for instance cannot run an independent Twitter account or write listenable songs. It can however be used as an effective songwriting tool. And that’s exactly the point – AI-powered Automation is a tool. Tools don’t replace humans, they enable them.

Automation is doing things today that would seem fresh out of a Sci-Fi novel to people a decade ago. Things like grading high school essays, diagnosing diabetic retinopathy, and driving cars.

Automation gives us the tools we need to be better, faster, stronger, smarter. It encourages us to rethink the way we do things. It works on our behalf so we can be more innovative and focused. It does all the dumb things I don’t want to do, so that I can in turn focus on the important things in life – like drinking my fancy Millennial coffee, staying up on current affairs, and spending extra time with my family.

Automation isn’t our enemy, it has our back. It’s in the trenches with us. It’s a co-worker that we can truly rely on – a friend.

So Automation, if you’re reading this, I am thankful for everything you do to help shape the future of work and make our world a better place. I for one enjoy working smarter, not harder.