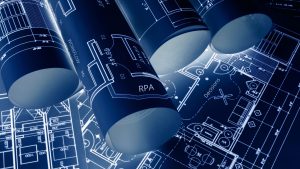 Approaching my ten-year anniversary in the Automation industry, I have been fortunate enough to work with my fair share of clients. My career has afforded me the luxury of international travel, a fancy meal here and there, and a lot of exposure to how different businesses work.

Coming from a consulting background, I’m not your typical “salesman.” Most salesmen, for instance, are heavily involved in the front end of a project but tend to taper off. My background is in end-to-end project work – from requirements gathering to production support. That is where I cut my teeth and, as a result, I have a much different perspective than a lot of my peers.

You may be asking yourself: “Is this an autobiography? Why is he telling me all this?”

Well, a lot of the time I hear sellers pushing this “start small, scale responsibly” initiative. While I don’t fully disagree, I do think this is often just the path of least resistance – especially from a sales perspective.

Imagine you’re trying to build a house. I can give you a few pallets of wood and a few cases of nails, and you may be able to build a room. If I give you more wood, more nails, maybe even some labor, you can start adding on to it, but without a blueprint (or a vision of some sort) rework will pretty much be inevitable, and you’ll probably be severely dissatisfied with the final product – windows looking into other rooms, split levels, etc…

Let’s take a look at a few Automation examples –

We had a client who invested heavily in RPA. Once the licenses were acquired, it was off to the races! Their developers were rolling out tasks prolifically. But, since oversight was an afterthought, no COE was established, no best practices were enforced, and no reuse was identified. The honeymoon phase ended when a few key web interfaces shifted, and they had 30-40 bots quit working overnight. This wasn’t a “good look”, especially in the eyes of upper management. Regardless of the way it was perceived, the reality is that all this could have been avoided with just a little more planning.

We had another client using our Workflow tool. They had several process applications deployed across a sizeable environment. In this instance, reuse actually was a focus area. The problem was that, in several cases, it was contrived. Services were so reusable and so dynamic that nobody on their in-house development team knew how they really worked (they also suffered from high turnover). As a result, developers were frequently making changes to one “path” which broke something in another.

In both of these examples, the culprit isn’t the technology – it is a lack of vision, planning and expertise. If they had a better understanding of what they were trying to accomplish, paired with a sturdy plan and some professional help, these issues would not exist.

Automation is an art form, like architecture or… art. Imagine giving paint brushes and a canvas to a team of twenty and expecting a Mona Lisa-esque result. Without a plan? Without guidance? Without expertise? Not gonna happen.

Expertise is important. Companies like Salient Process are here to help stand up successful, long-term Automation programs. We spot pitfalls ahead of time so you don’t have to “learn the hard way.”

One of the biggest risks of starting small is that it may prevent you from ever getting big. Clients who approach these technologies unassertively and unsupervised can quickly find themselves in the corner thinking “this just doesn’t work for us”. Then they may go back to the market looking for alternatives. But unless they change the way they adopt and make use of their tools, the same problems will always present themselves – regardless of vendor.

Picture a guy with an awful swing who blows all his spare cash on new clubs. At some point, it might be time to consider putting those funds towards lessons instead.

Planning and executing big initiative takes a lot of work, and it costs money, but at least it will be money well spent.  We want all our clients to be long-term. They won’t be long-term clients if they’re not satisfied. And, desperately clinging to my construction analogy, they won’t be satisfied if their solutions have split levels, windows looking into other rooms, and interior brick walls that look like they used to be exterior ones.

I think most homeowners would agree that a blueprint, a plan, and skilled labor is well worth it – especially with hurricane season approaching.

So, for those considering a new Automation initiative:

To learn more about scaling to Hyperautomation, register to join our upcoming webinar.