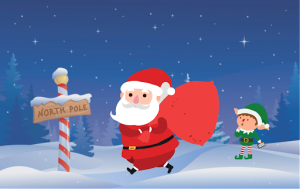 This is a story about an elf named “Hyper”

While most of Santa’s elves are usually happy and productive, Hyper was feeling anxious. Everywhere he looked, Hyper saw inefficiencies. So much of the workshop operated on technology that was hundreds, if not thousands of years old, and so much of the work was done manually (or “elfishly”) by tiny little elf hands. While it is quite notable and impressive that the workshop could produce presents for over half a billion children all over the world, and all within 364 days, Hyper thought there were many improvements that could be made. He also knew that Santa’s time could be better spent out in the world meeting with children and spreading holiday cheer rather than focusing on all the internal operational and organizational work Santa was forced to do each and every day.

Hyper decided that in order to convince Santa that this was a good idea, he would have to start at the beginning: what was it that Santa and the elves were trying to achieve? Of course, the majority of what they did was make toys, that was not their mission. Their mission was to spread joy and belief all over the world. Therefore, Hyper realized, the ideas and suggestions he presented to Santa would need to align to that objective and not distract them from that goal, even if an improvement seemed attractive but did not fit with that “North Star”. It should be pointed out that Hyper did not use the term “North Star” since that star would not be much of a guide for him given it is positioned directly overhead at the North Pole. 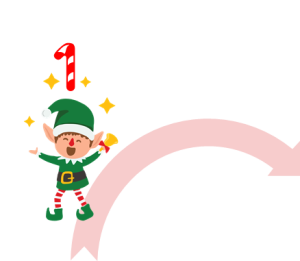 With the mission defined, but before picking a single area to focus on, Hyper began by wandering through the workshop and learning more about each of the processes and operations being performed by the elves. How could one improve something if you did not know how it worked? He spoke to many elves and even held some elven design thinking sessions to gain a broader understanding the various functions. 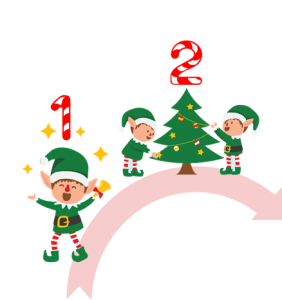 Step 2: Explore the Current Projects and Programs and Identify What May Be Improved

Once Hyper had a good feel for the overall operations, he began to write down the individual tasks and steps, and further document some of the more evident areas that could benefit from some adjustments: wooden horse missing handles and needing to go back through assembly, three elves working on one doll, an iPad Pro without the right color of Space Gray. From this information, he was able to map out what the new processes might look like if they were more efficient or automated. He was even able to run some numbers to see whether efficiencies could be achieved, and how much could be gained through new technologies or general improvements. 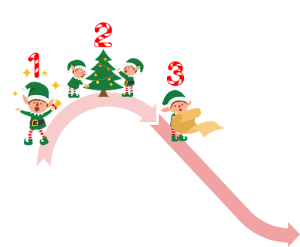 Now that the top candidates were identified, Hyper could align the low-hanging-fruitcake to the appropriate technology. In this instance, it seemed like such a waste of resources to have their top executive (a.k.a. Santa) have to go through the entire list of hundreds of millions of children to determine their Naughty-Nice Coefficient (N2C). If that were not bad enough, he even did it twice! Hyper knew they had loads of historical data on the children and he knew a lot about the algorithm Santa used to determine their N2C so he was confident that at least some of the decisions could be automated. And after running the numbers, Hyper determined that the workshop could achieve a 500% return on investment if they simply automated a portion of that process to free up some of Santa’s time. It was clear that a business rules management system could help. 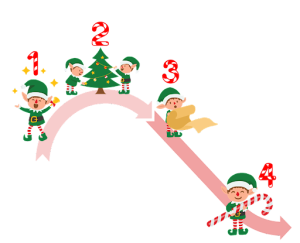 Before jumping in with both feet, Hyper worked with his counterparts in the technology division as well as some input from the workshop’s CTE (Chief Technical Elf) to build an initial pilot to prove that the new Centrally Automated Naughty-Nice Decision Execution Engine (“CANNDEE”) would provide the benefit they expected. This more incremental approach reduced their risk of investing too much in the wrong area, but would still provide a working tool that Santa could start using right away. 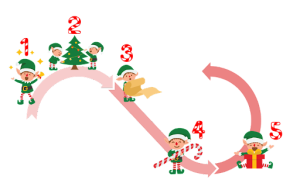 It was a success! Even Santa was surprised by the accuracy of the new CANNDEE application and approval was immediately given to expand the system to a full production deployment. This meant a larger investment, but now that the team had proven that the application could achieve the expected results, the decision to scale up was easy since the benefits would multiply. 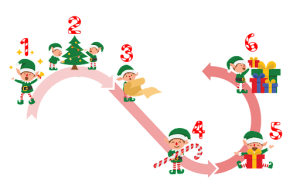 At this point it was tempting to jump into another implementation; given the huge triumph, there were now many departments at the workshop begging to be next. However, Hyper took a pause and explained that before they start another project, the team should monitor and review the actual results as they came back from the CANNDEE project. 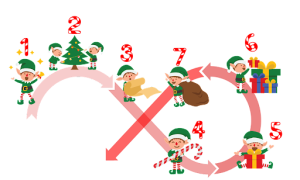 Not only would this provide quantifiable metrics on how successful the project was, but it would also provide insight into how future projects could be prioritized and measured. These measurements would be factored into the refinement of the current approach, and provide input to future considerations and priorities for other potential automation. 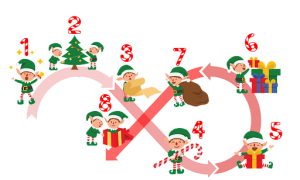 Step 8: Govern and Scale the Program

Hyper believed that only through this disciplined, iterative approach could the workshop achieve scalable success and continuous improvement. This “infinite loop” was seen as a true Christmas miracle by everyone at the North Pole. 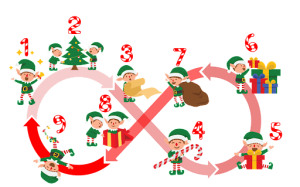 Step 9 (and Beyond): Iterate, Optimize and Repeat

The next one that was implemented utilized a content extraction platform to automatically read children’s letters to Santa and categorize them accordingly. The elves codenamed this one “Gimmee”.

Right behind that was a digital content storage tool so that the letters could be easily searched and archived, and removed the need for the current physical letter storage facilities that were taking up hundreds of square miles of the workshop.

Soon after a new workflow platform was introduced to help guide the newer elves (a mere 100 years on the job!) through the rigorous process of building the millions of possible toys that were being requested, whereby improving visibility and immediately highlighting bottlenecks and issues.

Lastly, no stranger to robots, even the elves were surprised when a virtual software robot was created to help with all the manual data entry the poor clerical elves had to do every day. 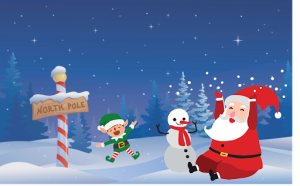 Now, you may have not heard of Hyper, or even this version of his story, but take note that organizations around the world are taking advantage of this approach and methodology, and achieving significant gains with incremental investments. And what is the name the elves gave to this discipline? Why, “Hyper-Automation” of course!

Happy Holidays from Salient Process and please visit our previous blogs and videos to learn more about “Hyperautomation” and how it can immediately help you and your organization! We are all looking forward to a productive and healthy 2022!

Check out our new video about Hyper the Holiday Elf: