The History of Hyperautomation 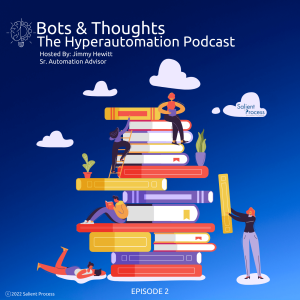 The History of Hyperautomation

Now that we have defined and dissected what hyperautomation is, let’s take a step back in time to as early as 1920 to understand how all seven hyperautomation capabilities came to be.

The History of each Hyperautomation Capability:

Who the father in the movie “Cheaper by the Dozen” is based on. Author of the original book that inspired the movie.

Made a presentation to the American Society of Mechanical Engineers called “Process Charts: First Step in Finding the One Best Way”: View Presentation Now

Many of his concepts still hold true today

For Example, His method for making examining, and improving a process

Coined the phrase in a research proposal

Celonis Chief Scientist as of 2021 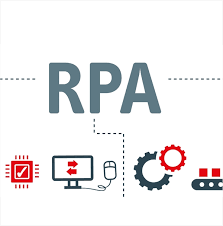 Wall Street: to make the most informed trades and financial models, the late 80s/early 90s bankers would subscribe to a financial data company (ex: Thomson Reuters) that would serve up finance data on virtually anything that could be bought and sold.

Bankers would look over endless data tables, find the data they need, and manually key this data into their financial models to make a trade

Realized they were going to the same place, to get the same data continuously so they made lines of code to consolidate all the data into one table and screen scrape/data scraping on the UI level of the finance page

Office productivity spiked with the scanners and fax machines

Ted Smith: an entrepreneur who founded FileNet in 1982

How can we continue to digitize how work gets done?

1985: Smith combined various emerging technologies like the scanner for input, laserdiscs for storage, network for connectivity, and a bit of his own proprietary technology to create FileNet Distributed Operating System (FDOS)

The essence of Automation:

2000 years ago: Created aqueducts to automate carrying water to the city

Things don’t change that much! Half of these technologies were designed to create a paperless office.  That was 40 years ago! And then again, things do change. Learning about the history of hyperautomation has shown how far we have come. It shows how much easier it is to get from having an idea to actual business value with how far each of these capabilities has come.
Download now
The History of Hyperautomation Timeline

are there more episodes?

YES! Bots & Thoughts is officially on all podcast streaming platforms. Check it out now!

Have a topic idea? Let us know!

We would love to hear from you. This podcast is for you, and if you have something that you want to hear, we would love to know. This form is also a place for you to ask questions or get in touch with our Salient Process team.

Submit a request for a podcast topic here❗

Scaling Beyond RPA to Hyperautomation